A dialogue between Palestine, Egypt and Israel 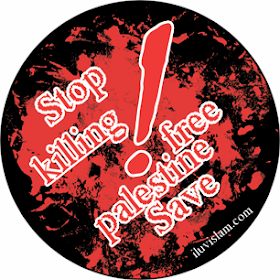 Palestine : Why did you do this to us?
Egypt : Did what?
Palestine : Stop pretending. You know what I mean.
Egypt : No, I don’t! Palestine : Fine, let me tell you silly, about the tunnel, why did you block the tunnel?
Egypt : Owh, about that. Sorry, I strongly think that’s my territory, so I have the right to do whatever I want. Furthermore, I just want to stop you from smuggling.
Palestine : Yes I know that’s your territory. But you knew how Israel blocked our supplies for foods, oils and all necessities from coming in, and if not because of the tunnel, we are already died in hunger. Now you want to block the tunnel. How could you do this to us? We are brothers! Please don’t forget that this world is not belong to us, its belong to Allah The Almighty! And He just lend it to us!
Egypt : errr… (feel guilty)... Then come Israel.
Israel : What’s the problem here? Palestine : Go away! It’s none of your business! Israel : It’s my business because you are bullying my friend here! O my friend Egypt, tell me, what’s the problem?
Egypt : emm… (looked down then speak slowly)... Palestine is mad at me because I blocked the tunnel.
Israel : Owh about that. Then why did you afraid? You don’t have to be afraid, I’m here. I will protect you and will always protect you Egypt.
Egypt : (silence, felt ashamed)
Palestine : Egypt, please, we are Muslim, I know you are under pressure from Israel, and I know that you know who’s the real bully here. It’s not me, it’s Israel!
Israel : Hey watch your mouth Palestine, don’t try me!
Palestine : What?! What are you going to do Israel?! What else that could be more worse than what you had done to us on the ‘Nakba’! On 15 May 1948! Don’t you ever dare to forget that date Israel! You came to our land, you established the living of Jews, Zionist acted cruelly and dispelled more than 800 000 Palestinian from our very own country! Not enough with that, you destroyed 478 villages among 580! Egypt’s face dropped down. He felt so ashamed, guilty, regretted.

When Israel saw that, he panicked. His face became red as he was mad. Then immediately he punched Palestine face and Palestine fall to the ground.
Israel : See, I warned u!
Palestine : Why! That’s all that you can do! Do you really think by punching me at my face will make me scared! Not a chance Israel! Not a chance! Like I said Israel, you had done worse to us. Don’t you forget it Israel! And if you pretend to forget it, let me remind you Israel.

(Israel became more panicked. He didn’t know what else that might come from Palestine’s mouth, and he afraid it will affect his relation with Egypt. )

While Palestine got back to his feet and shed the blood on his lips from the punch by Israel, he continued.

Palestine : Do you remember 9 April 1948 Israel? The chaos that you had done at Deir Yassin. DO U REMEMBER?! You came to Deir Yassin with your army and without sympathy you started to burn the village! You burned down our house Israel! Not enough with that, while the house was burning, you waited outside of the house, and when people running out of the house to save themselves from the fire, you shot them at the head! At their head Israel! Without any sympathy! You shot women, old people and kids! The people that you shot without any sympathy. My parents, my children, my wife, my brothers, my sisters, they all were my family Israel! (At this moment, tears started to run down on the cheek of Palestine, he could not bear it anymore, he felt so sad remembering what Zionist had done to Palestinian.)

Palestine : Why you did that Israel? Why you have to act so cruel Israel? Why you have to shoot the kids while they were trying to save themselves from the burning house? They were scared Israel. They just wanted to save themselves. But you killed them all. What have they (kids) done to you that made you shot them at their head? They did nothing wrong Israel. They were just children. Where’s your humanity Israel? (…Palestine sobbing...)

Egypt started to cry. Israel panicked that suddenly he shout at Palestine. Israel : Hey shut your mouth Palestine! That’s enough! Without care of Israel, Palestine continue in sobbing. Palestine : My brother Egypt, please, look me in my eyes and tell me that I was wrong. They (while pointing his finger at Israel) are an animal, worse than animal! Have you forget that hundreds of heavily-armed Jews massacred a little village near Baitul-Maqdis (Jerusalem) of 200 Arabs. They raped the women and children, then crushed their heads with rocks until the brain blew out.

(Egypt fall to his knees, he could not barely stand anymore, he felt so weak.)

Israel was surprised. He then hit Palestine face again. This time harder. Palestine fall to the ground. Without waiting, Israel then kick Palestine face, again and again. Israel acted like crazy man who was losing his mind. Palestine was groaning in pain.

Egypt : STOP IT ISRAEL! Please stop! (crying and pleading Israel to stop, he could not bear looking Palestine was hit like that) But Israel will never stop. He hated Palestine so much. He keep on kicking Palestine. Egypt then felt something wrong when he saw Israel picked up a big stone near him.

Egypt : NO, NO ISRAEL,,,PLEASE DON’T… PLEASE,,,NOO,,!!! It was too late, Israel hit Palestine face as hard as he could with the stone. Blood burst out all over his face. Israel then became panicked and fled from the scene. ..........(Silence for a moment).......... Egypt was surprised by the scene that he just saw. Egypt then immediately run to Palestine and hold Palestine head. His face was covered with blood. He was still breathing, but so weak. Palestine was dying.

Egypt (while crying) : Palestine, wake up Palestine, please my dear brother, wake up, please don’t die. Don’t leave me. With few strength left, Palestine softly spoke to Egypt’s ear... " Don’t cry my brother. Don’t cry, be strong. Israel can kill me, but he will never kill my spirit. He can kill my whole country, but he can never kill the passion of Muslim around the world. By God wills, Islam will rise someday. But before that, we need to unite my brother. You, me and all our brothers of Islam around the world should unite as one. We should stop fighting among us. We should stop depending on Israel and America. We Muslim, should embrace as one, and love each other as a family for the sake of our beloved religion, Islam. And when that time come, Islam will rise as high as ever. Trust in ourselves that we can and we will win. Remember, Allah will always be on our side. We can bring the change to the world. Islam will rule the world someday. InsyaAllah. "

Egypt : I will my brother, InsyaAllah, I will remember all your words. 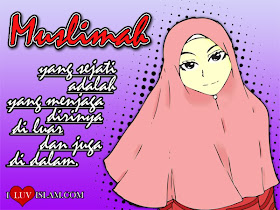 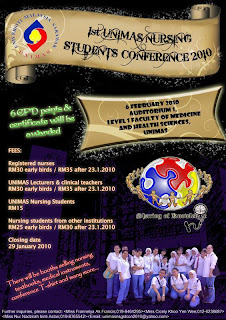 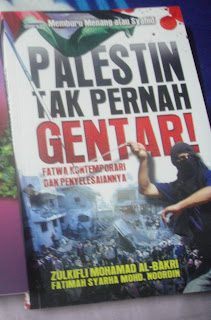